Guiseley AFC have today confirmed that club captain Ash Palmer has decided to leave the club and join Stockport County on a two-year contract when his contract ends on the 30th June 2018.  Palmer was offered a new contract with the Lions, but has chosen to sign pre-contract terms to officially become a Hatter at the start of July. 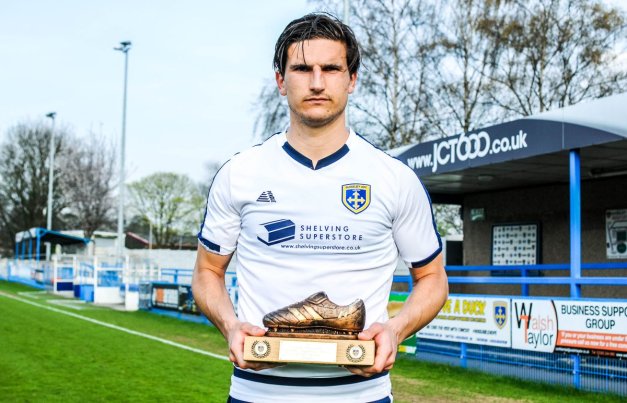 The centre-back has been with the Lions for two seasons, after joining the club from North Ferriby United.  After making 77 appearances for the club and quickly became a fans favorite with the Lions supporters.  Palmer started his career at Barnsley before having spells at Scunthorpe United, Droylsden and Buxton. He will be joining former Guiseley striker Frank Mulhern at Stockport County.