Tantallon Castle was built-in the 1350’s by William Douglas, one of the most powerful men in Scotland, in 1354 William had gained all his father’s land as well as those of his uncle “Good Sir James of Douglas” a great ally of Robert the Bruce. The estate included the small but rich barony of North Berwick, just east of Edinburgh.

In the 1380’s the house of Douglas split into two branches, known as the “Black” and the “Red”, Tantallon Castle passed to the junior line, the Red Douglases who became the Earls of Angus and one of the most influential noble families in Scotland.  They held the castle for the next 300 years.

The mid tower was the castle gatehouse controlling all access to the inner courtyard, the original entrance to the castle was much wider then today, to allow carts into the inner courtyard.  The large passage was blocked in 1528, replaced by a narrow doorway that only allowed one person through at a time to provide greater security.

The Great Hall was situated on the north side of the courtyard, a two storey building with the second floor being the Great Hall, this was a public space were the lords held lavish feast and sat in judgement of criminals. If found guilty the criminals were sent to the castle dungeon which could be found in the basement of the Great Hall. The ground floor space was the common hall were the servants would gather to eat and drink. 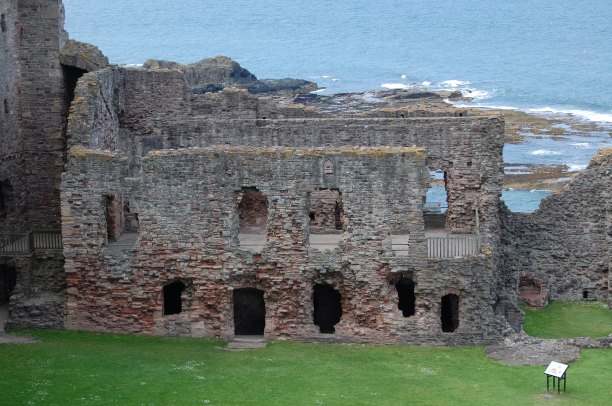 Perhaps the most famous tourist to Tantallon Castle was Queen Victoria who visited the castle on the 26th August 1878. Prior to her visit Sir Walter Hamilton Dalrymple made some major repairs to both the landscape and the castle itself. 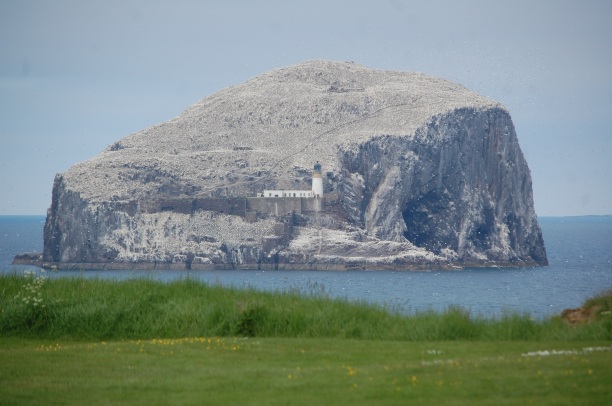 The castle has excellent views from the battlements of the famous Bass Rock which is known today for its wonderful wildlife with both fulmans and puffins.  The remains of an ancient church and graveyard uncovered in 2015, the chapel was used by residents of the castle so that they did not have to walk to North Berwick.