Hartlepool United manager Matthew Bates has completed the signing of his top summer transfer targets by signing experienced defender Andrew Davies from Ross County.  The centre-back arrives at Victoria Park after spending 3 seasons with the Scottish Premier League side, before Pool boss Bates lured the Stockton-born star back to the North-East. 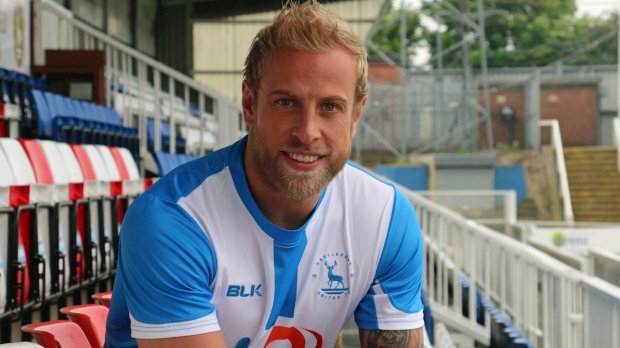 A former England U21 international who has Premier League experience, Davies’ signing marks a transfer coup for Bates as he continues to work on improving his squad ahead of the new campaign.  The highly rated defender came through the ranks at Middlesbrough where he played alongside Bates and was a regular as The Teessiders made it to the semi-finals of the FA Cup and the Final of the UEFA Cup.

Having gained further senior experience with loan spells at Queens Park Rangers, Derby County and Southampton, Davies joined permanently in 2008, when they agreed to pay Middlesbrough for £1million.  Stoke City paid £1.3million to take Davies to The Potteries on a four-year deal but injury plagued his time at Britannia Stadium and after a series of loan moves, he reignited his career with a switch to Bradford City.

Davies, made 125 appearances for the Bantams including the 2012 Capital One Cup Final, before he left the club for Ross County in 2015. He was immediately handed the captain’s arm band at Dingwall and went on to skipper the Highlands outfit to their first piece of major silverware, beating Hibernian in the 2015/16 Scottish League Cup Final.  County were keen to keep him in Scotland following relegation from the Scottish Premiership last term, but he’s now been persuaded that his future lies at Hartlepool United.