Oswaldtwistle Immanuel Cricket Club arrived at Marshfield this weekend as they faced an unbeaten Settle in the Ribblesdale Senior Cricket League.  Settle were forced into changes with a number of key player unavailable for the match. 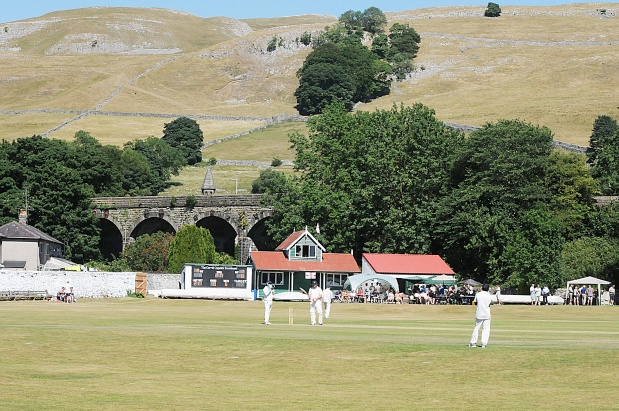 As temperatures soared to around thirty degrees, it was the visitors who won the toss and elected to bat first on a very dry and dusty pitch. An opening partnership between Oliver Clare and Jack Harrison of 59 from 73 balls allowed the visitors to take control of the game before David Worthington stumped Jack Harrison for 28 runs off the balling of Mullinder.

Indian, Shubham Khajuria was next into bat for the visitors and was lucky to get through the first over. Josh Mullinder beat him with the first four balls, which Khajuria played at and missed all four balls.  However he went on to make an outstanding 70 runs off 51 balls, which included eight fours and three sixes before Ward final took his wicket.

Jon Baldwin, also made a half century for the visitors hitting four boundaries and two sixes from fifty-three balls before being caught and bowled by Tom Strickland. A further twenty-nine runs were added by Anthony Dignan as Oswaldtwistle used all of their fourth-five overs to finish on 240 for 8.

Josh Mullinder was the best bowler for the home side taking 4 wickets for 82 runs, whilst Sadrian Ward managed only 1 wicket for 66 runs.  Stand in captain Tom Strickland took a further 2 wickets whilst Shakeel Richards took 1 wicket for 32 runs. 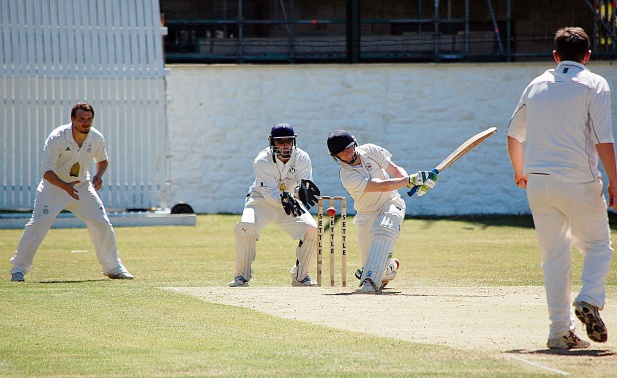 Settle came into bat looking to score 241 to win the game, Shakeel Richards and Jack Harrison opened the batting and put on 25 runs before both players were dismissed leaving the home side 26-2.  Tom Strickland then made 49 runs from 64 balls hitting four boundaries and one six, before being bowled by Andreas Sudnik.

Sadrian Ward top scored for Settle with 67 runs from 63 balls hitting 7 fours and 2 sixes as the home side were bowled out for 194 from just 39.3 overs.  Andreas Sudnik took 5 for 66, whilst my Man of the Match Shubham Khajuria took 3 wickets for 57 runs as Dean Martin took the final two wickets.

Captain Tom Davidson will look to focus his side on next weeks fixture, as he takes his team to Barnoldswick Cricket Club looking to get back to winning ways.