Silsden AFC welcomed Colne Football Club to the Cobbydale Construction Stadium for their second pre-season home game in the space of three days. The kick-off time for the game was moved to 12.00 noon due to England playing Sweden in the 2018 World Cup Quarter-Finals in Russia. 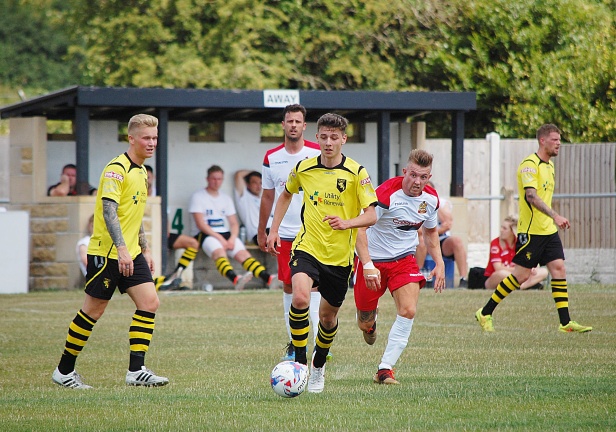 Despite the soaring temperatures the game started in a competitive fashion, which is not surprising given it was a local derby against Lancashire rival. It was the visitors who had the first effort on goal, as Jakovlevs saved well on just five minutes.

The home side took the lead on twelve minutes, when a dangerous free-kick was crossed into the area, where stand in captain Dan Illingworth took advantage of a free header to nod home the opener and give Silsden the lead. 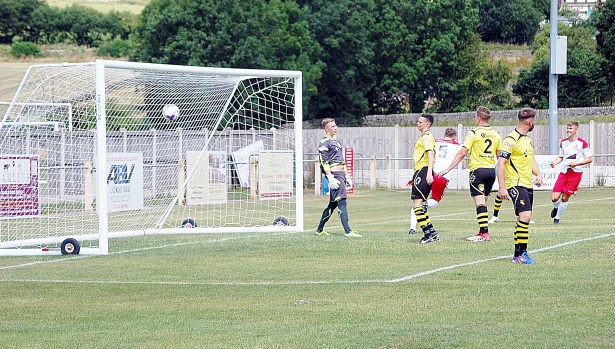 Silsden looked dangerous throughout the half and continued to threaten the visitors, as Will Storrie sent cross after cross into area but they failed to covert the chances.  Then on twenty-two minutes, Colne had the ball in the net when McNally raced clear to lob the on rushing Jakovlevs only to see the linesman flag for off-side.

Silsden extended their lead on the stroke of half time, Lee Spires with some fantastic hold up play laid the ball off to Mark Everingham who from thirty yards took his chance with a beautiful curling effort into the top corner of the goal, to make 2-0. 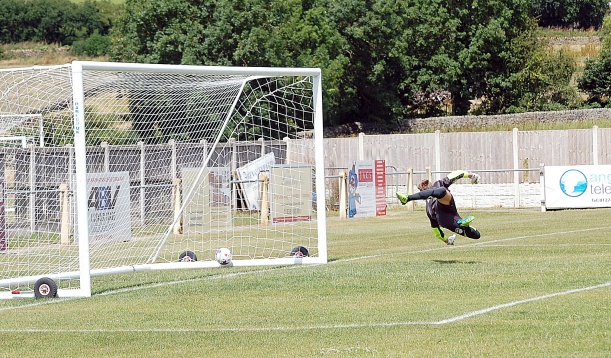 Danny Forrest made a number of changes at half-time bringing on Kaine, Tomas, Barnes & Bentham, who Lyndon, Storrie, Rhodes and Moses.  Steve Cunningham must have had a few words with his Colne side, as they improved their performance in the second half.

The visitors came out and seized the initiative as former Silsden striker Nicky McNally, currently on trial at Colne, did well to round keeper Callum Jakolevs and slot the ball home to bring the visitors straight back into the match. 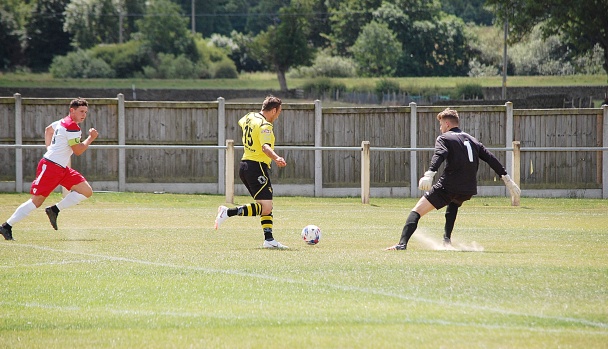 Colne, were now on top and made a number of excellent runs which beat the off-side trip  but they failed to find the final ball and draw level. Silsden huffed & puffed in an attempt to get back into the game and increase their lead. Kirby hit the side netting, before Spires’ attempted a delicate chip which went just over the crossbar. 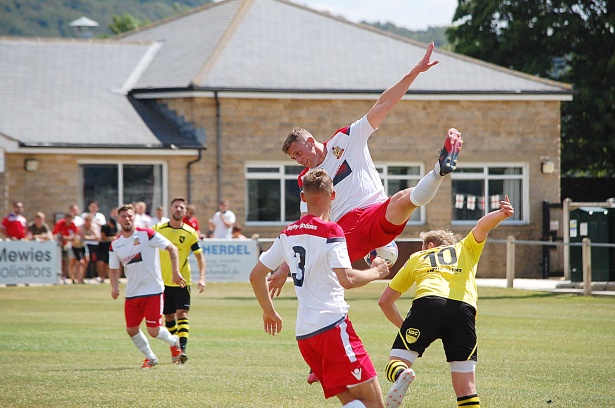 On the hour, the game turned into a bit more of a midfield battle with both side failing to find a team mate when passing the ball, this lead to a number agreements between the Silsden players and when the referee stopped the game for a drinks break. Danny Forrest brought the team together to give them a few choice words about being a team.

On seventy-six minutes, the visitors drew level when Nicky McNally was brought down by Jakovlevs to win a penalty. McNally stepped up and fired the spot kick into the goal off the crossbar to make the score 2-2.

Just two minutes later, the home side took the lead when left-back Reece Kendall found himself on the edge of the area, before hitting a well controlled low shot into the corner of the net to make the full-time score 3-2 to Silsden AFC. 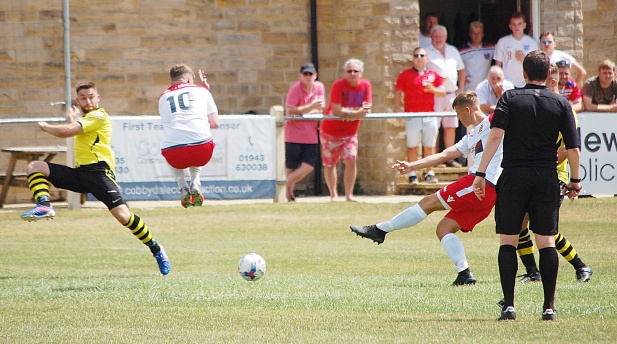 Speaking after the match manager Danny Forrest said, “I’am delighted with how well the pre-season is going and really happy with the application of the players & coaching staff. We are identifying areas that need attention and so far it’s good to see the lads trying to implement what we’ve done in training which we believe will help us grow and improve.