HITC Sport understands that both Burnley and Brighton Hove Albion are weighing up a move for Preston North End midfielder Ben Pearson.  The former Manchester United youngster Pearson is regarded as one of the best players outside the Premier League after impressing at Preston North End since his arrival in January 2016. 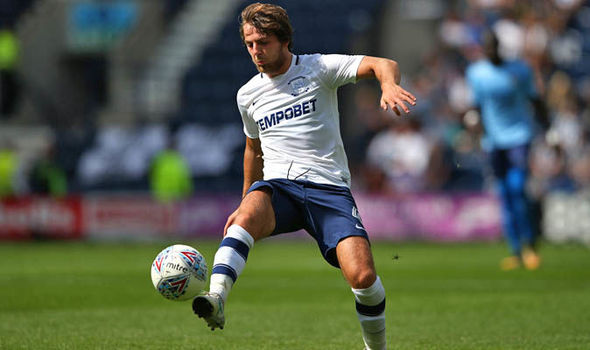 The all-action midfielder was a stand-out performer for Preston North End last season as they just missed out the play-off places by two points.  Pearson’s performances have not gone unnoticed with several Premier League and Championship clubs keeping tabs on his progress at Preston North End.

Stoke are interested in Pearson as they look to build a side capable of winning promotion back to the Premier League with new Potters boss Gary Rowett a long-term admirer of the midfielder, having tried to sign him when he was in charge of Derby County.

Brighton and Burnley are now weighing up moves for Pearson as they look to strengthen their midfield options before the transfer window closes next month.  The Clarets have switched their attentions to Pearson after a move for Swansea City’s Sam Clucas went cold, while Brighton boss Chris Hughton is keen to bolster his squad.

Preston are reluctant to lose Pearson as the midfielder is instrumental to Alex Neil’s plans, but they are bracing themselves for offers for Pearson as interest mounts in the England Under-20 international.