Burnley Football Club have this morning confirmed the signing of former International goalkeeper Joe Hart for an undisclosed fee on an initial two-year contract after ending a trophy-laden twelve year stay at Manchester City. 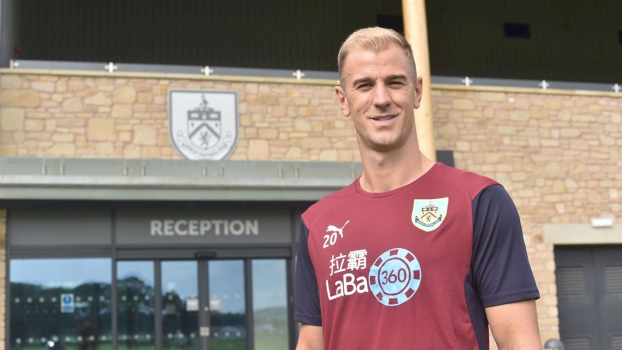 Hart, strengthens the Clarets impressive goalkeeping ranks following the injury sustained by Nick Pope at Aberdeen last month, his arrival adds even more international experience to Burnley’s squad as he competes with Tom Heaton & Anders Lindegaard for the number one spot at Turf Moor.

Hart spent more than a decade at City making 348 appearances for the club, after signing from Shrewsbury Town in 2006. During his time at the Etihad Stadium the keeper won a catalogue of honours at the highest level. After initially gaining further senior experience out on loan at Birmingham City, Blackpool and Tranmere Rovers.

He was an ever-present in 2011/12 as City won the Premier League title for the first time and ended a 44-year wait to become champions of England. He was then the regular in helping City win the title again in 2014 and also won an FA Cup winners’ medal from a final win over Stoke City.

Hart has been capped seventy-five times by England after making his debut in 2008 and a Champions League semi-finalist in 2016, has spent the last two seasons out on loan at Torino and West Ham United to keep playing first-team football. He now joins the Clarets as the club’s second summer signing to launch a new chapter in his career with Burnley still in the Europa League and about to start a third successive season in the Premier League.