Central Coast Mariners Sporting Director and former Claret Mike Phelan has made his first signing since joining the club, taking Premier League and Burnley midfielder Aiden O’Neill on a season long-loan. O’Neill made his debut for Central Coast Mariners as they beat Adamstown Rosebud FC 6-0 in a preseason friendly last night. 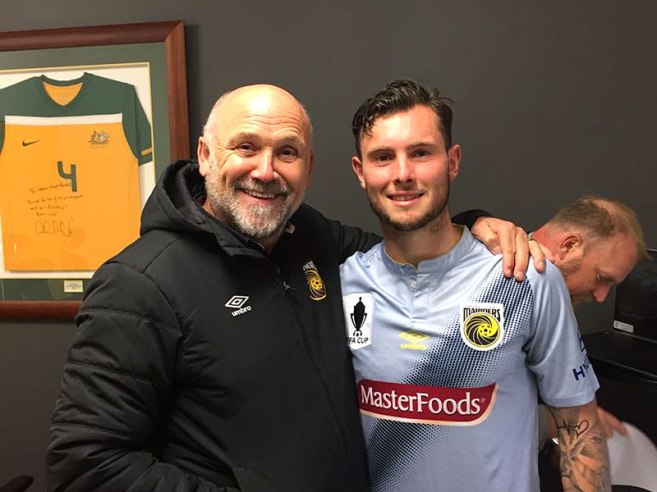 Born in Brisbane, Australia O’Neill has been in the Burnley Academy set up since 2014, he has first team Premier League experience already with Burnley FC having made his Premier League debut against Liverpool in a 2-0 victory last season.  In addition O’Neill has also played a further thirty-six senior appearances whilst on loan at both Oldham Athletic and Fleetwood Town in Sky Bet League One, as well as representing Australia at U23 level on two occasions in 2017.

Speaking about the signing Mike Phelan said, “The project at Central Coast Mariners is long term and the lifeblood of any football club is youth, energy and enthusiasm. To add to that foundation Aiden is a quality football player & Sean Dyche has been good enough to trust me and the coaches here with his further development and I thank him for that.

The long term objective for Aiden is to become a Premier League player, a regular full international for Australia and have a successful and extended career in the Premier League. If we at The Mariners can assist with that then it’s a win, win for both clubs.

However, there is a lot of work to get through and some serious commitments to be made if you’re going to get to the top in this game. I think Aiden has the character to commit to this and that is one of the reasons I have taken him. The signing is good for us but the hard work starts now and both he and I are looking forward to it.

Our season starts in October and I will be in touch with Sean Dyche and Burnley FC throughout this process. We might be on the other side of the world but our scientists and performance analysts will be sharing data regularly. I will also speak to Sean and his coaching team with regard to my professional eye and the technical and tactical side of Aiden’s contribution.”