Burnley hosted another night of European football at Turf Moor this evening, as the Clarets welcomed Istanbul Basaksehir for the second leg of the Europa League Third Qualifying Round. There was a strange atmosphere in the stadium due to the fact there were no away supports after Istanbul Basaksehir made the decision not to sell tickets. 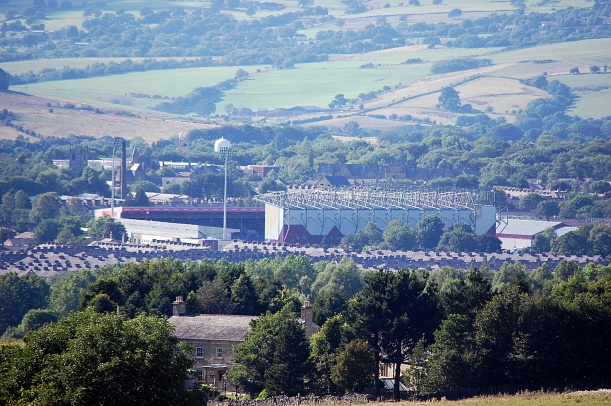 The first really chance of the game was created by Clarets forward Ashley Barnes on ten minutes, after tackling Da Costa wide on the edge of visitors box before running into the area and hitting a shot into the side netting.

On fifteen minutes, the Clarets nearly took the lead as the ball fell to Phil Bardsley on the edge of the visitors area, he unleashed a powerful strike which was heading towards the top corner, before Gunok in the visitors goal made a great save to turn away for a corner. 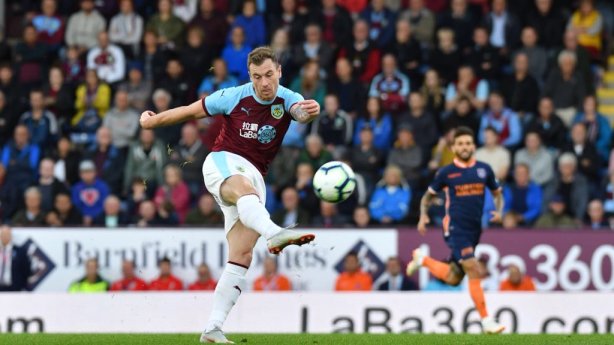 Despite the visitors passing the ball around and keeping position well they created very little, then on twenty-two minutes Ashley Barnes had another effort on goal from range which he struck on the half-volley, his effort went well over Gunok’s crossbar without troubling the goalkeeper.

On twenty-seven minutes, the Clarets should have taken the lead when Aaron Lennon won the ball back midway in the visitors have before running at their defence.  The winger then beat three men on a run which took him into the visitors box, only to see his shot hit the keepers legs and go out for a corner.

The chance seamed to bring Istanbul to life and the final five minutes of the half saw them put the Clarets under pressure, the visitors first real effort on forty-two minutes, as a Visca shot from inside the area was well saved by Joe Hart who palmed his effort away to safety.

Just a minute later, the visitors should have drawn level as Frei squared the ball to Visca on the edge of the six yard box, but his effort form close range was well saved by Joe Hart in the Burnley goal to leave the half-time score 0-0.

The second half started with the visitors controlling the possession for the opening ten to fifteen minutes, they held onto the ball well with some good passing but seamed to stop once they reached the full third and they created very little in the way of scoring chances.

On sixty-five minutes, the Clarets should have taken the lead following an excellent move down the right-wing that saw Phil Bardsley cross into the visitors area, the ball was met by an unmarked Sam Vokes but his header went over Gunok’s crossbar.

The visitors went close on eighty-eight minutes when striker Tekdemir’s fizzed a free-kick just wide of Joe Harts post to make the final score 0-0.  As the game entered extra time Jack Cork collect the ball around thirty yards out and placed a curling shot into the top corner of the goal leave Gunok no chance. 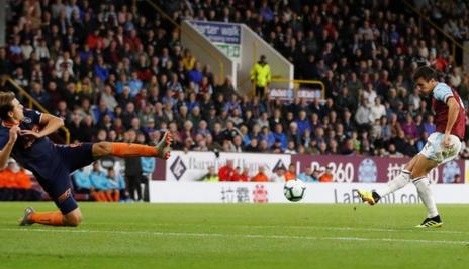 The final effort of the game fell to the visitors in the just before half-time in extra time as Emmanuel Adebayor met a cross but could only send his header just wide of Joe Hart’s post as the Clarets went on to win the game and the 1-0 after extra-time.

Speaking after the match Burnley manager Sean Dyche said, “Tonight’s was a sublime goal and that is something we don’t get enough credit for.  If it was a more trendy name than Jack Cork it would be raved about for weeks.  The team display was excellent again tonight and there were a lot of really good performances and they deserve just as many mentions as Joe Hart, who definitely played his part.”

The Clarets will now face Greek side Olympiakos in the Europa League Play-Off matches to see who will go through to the Europa League Group Stages.  The first leg will be played in Athens on the 23rd August, with the return leg at Turf Moor a week later.