Silsden AFC returned to league action yesterday as they welcomed Manchester side Irlam Football Club to the Cobbydale Construction Stadium in the North West Counties Premier League. Manager Danny Forrest made four changes from the side that beat Bedlington in the FA Vase last week with Moses, Everingham, Illingworth and Storrie all returning to the starting line-up, whilst new signing Callum Jakovlevs was on the bench. 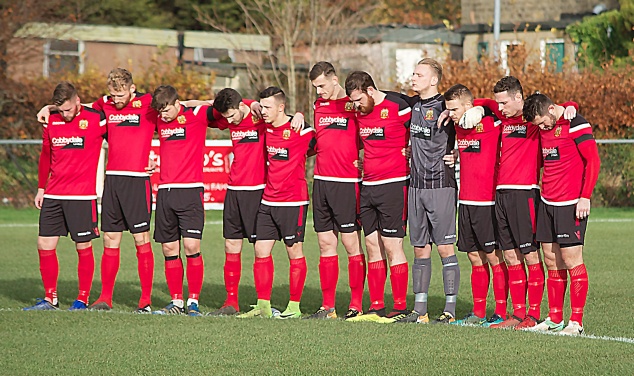 This weekend marks 100 years since the end of the First World War and all clubs across the country held a minute’s silence as part of the Remembrance Day celebrations as a mark of respect to the soldiers that have lost their lives in conflicts around the world.

As with a number of games this season it was the visitors who started the stronger of the two sides, as Marcus Perry collected the ball at the edge of the area before firing a shot towards goal, but the ball shot was blocked by Mark Everingham before going for a corner. 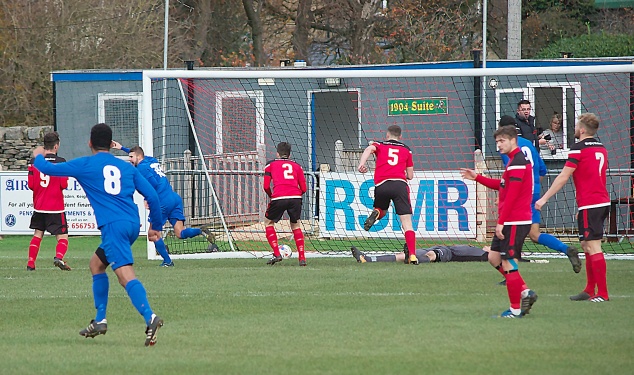 On seven minutes, the visitors took the lead following a great cross in from Andre Stewart which found Matty Boland free in the six yard box, but he headed the ball against the post before tapping in the rebound into the goal to give the visitors a 1-0 lead.

Irlam extended their lead on seventeen minutes, when Liam Pollitt collected the ball just inside the Silsden half before flying down the left-wing and cutting into the Silsden area to slot the ball past Sammy Lee in the home goal and make it 2-0.

Just four minutes later the visitors should have extended their lead even further, as Matty Boland sent over a perfect in-swinging corner which was met by Liam Pollitt but his head went just over Sammy Lee’s crossbar and out for a goal kick. 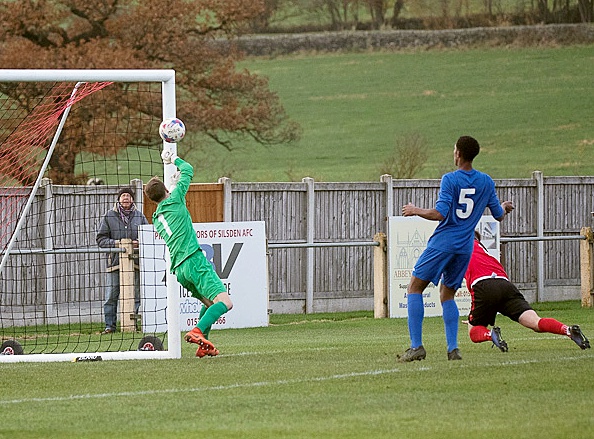 Silsden had an excellent chance to pull a goal back before the break, when Will Storries’s diving header was tipped onto the crossbar by visiting goalkeeper Lee White who then turned the ball around the post for a corner to leave the half-time score 2-0.

Manager Danny Forrest had some strong words for his side during the half-time interval which seamed to pay off as just four minutes into the second half Silsden pulled a goal back, when Eddie Griffiths brought down his man in the area and referee Mr Davidson pointed to the spot, skipper Joe Gaughan converted the penalty to make it 1-2. 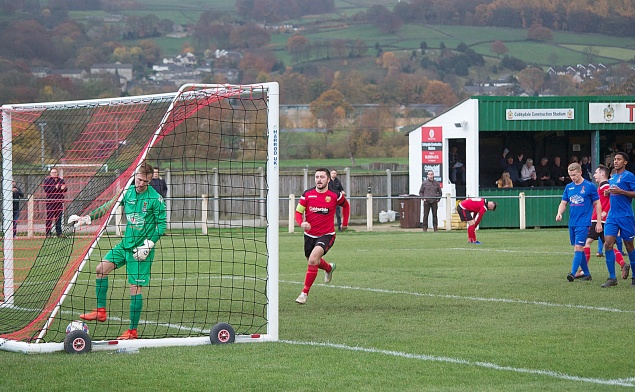 However, just three minutes later the visitor regained their two goal lead when Pollitt chased a ball into the Silsden area and was brought down by Dan Illingworth and Matty Boland step up to score the penalty to make it 3-1. 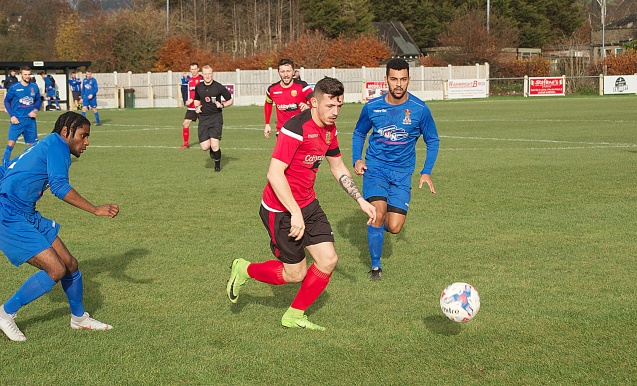 On eighty-two minutes, Marcus Perry get his rewards for an afternoon of hard graft as he ran through the Silsden defence before slotting the ball passed Sammy Lee in the goal to make it 4-1 to the visitors.

Just three minutes later, the home side pulled a goal back following an excellent free-kick into the Irlam six yard box which was headed home by Reece Lyndon to make it 4-2. 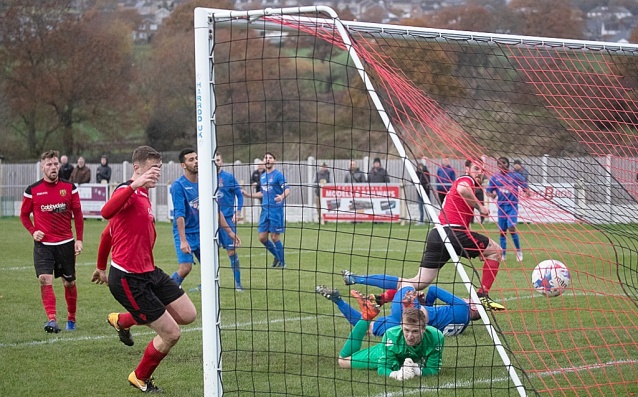 In the final minute of the game with the home side looking tired, Liam Morrison won possession in midfield and ran through again unchallenged and fire home the visitors fifth goal to make the full-time score 5-2 to Irlam Football Club.