The Clarets started the day with just twelve points on the board sat in nineteenth position in the Premier League as they welcomed West Ham United to Turf Moor for the final game of the year.  Sean Dyche made five changes to the side that lost at home to Everton on Boxing Day the major change being Joe Hart for club captain Tom Heaton.

The Clarets started the stronger of the two teams as they almost broke the deadlock after just two minutes, when Dwight McNeil’s low cross was poked just wide by Ashley Barnes.

On eight minutes, the Clarets went close again, when Dwight McNeil arrived late at the far post only to see his header well saved by Fabianski in the visitors goal.  A minute later the visitors went close as Ogbonna’s header from a few yards out is well held by Tom Heaton.

The home side took the lead on fifteen minutes, when a cross field ball was headed down by Ashley Barnes Burnley into the path of Chris Wood, who volleyed the ball home past Fabianski in the visitors goal from six yards to make the score 1-0.

On twenty minutes, the Clarets almost added a second from an Ashley Westwood corner which found Ben Mee inside the area, but his header went just over the visitors crossbar.

The Clarets extended their lead on thirty-four minutes following an excellent cross by Jack Cork which found Dwight McNeil arriving late at the back post to slid the ball home past Fabianski to make the half-time score 2-0. McNeil become the first ever teenager to score a Premier League goal for Burnley. 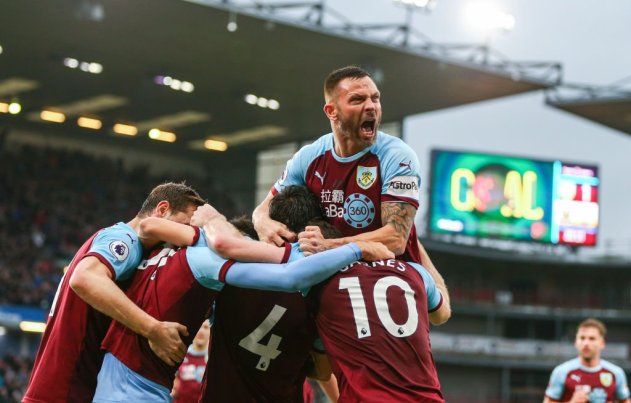 Burnley started the second-half much the same as the first, when Ashley Barnes forced the visiting goalkeeper Fabianski into action on fifty minutes, following an excellent pass from Chris Wood. Just four minutes later, Wood should have added his second and the Clarets third following an excellent defence splitting pass by Ashley Westwood, but the big frontman could only send his shot just wide of the post.

On sixty-six minutes, Andy Carroll went close for the Hammers as he curled the ball towards the bottom corner for the Clarets goal, but Tom Heaton made a smart stop.

Then with just three minutes remaining the visitors had the final effort of the match when Andy Carroll headed at goal from six yards. However Heaton made a world-class save to tip the ball away to leave the full time 2-0.

Speaking after the match manager Sean Dyche said, “It was a tough one leaving Joe Hart out today, but Tom Heaton is a great professional and his professionalism has paid him back. I must say though, Joe was the first one jumping off the bench when he made that save at the end, which tells you a lot about the group.  I thought Dwight McNeil had an excellent game and took his goal well, he fully deserved his man of the match award.”