Cougars Given Season Go Ahead

Mick O’Neill former chairman of Keighley Cougars has returned to Cougar Park after heading a consortium to purchase the club. The takeover was completed on yesterday and O’Neill immediately flew over from his base in Australia to meet the Cougars fans tonight at Keighley Cricket Club.

Cougars have been lifted out of special measures imposed by the Rugby Football League but will start the new Betfred League One season on minus twelve points due to the club moving companies in pre-season.  The club is now able to sign players after previously having a squad of up to 25 on trialist forms.  All eyes are now on the start of the season when Cougars kicks off at Whitehaven on the 17th February.

After last summer’s takeover, a company called Austria Holdings Ltd was registered at Companies House and over the next few months the ownership and legal control of that company passed to a number of individuals who had no connection to the club. Players and staff were not paid for two months which led to the departure of a number of first team players from the club.

The club’s new directors who will share a 90% stake in the club are Mick O’Neill, Ryan O’Neill and Mike Laughtman, who was born in Keighley but his lived in Australia for more than sixty years. Mike Smith, co-director from the Cougarmania era and former Cougars company secretary Tim Wood are the other board members with the remaining 10% being given to Cougars supporters. 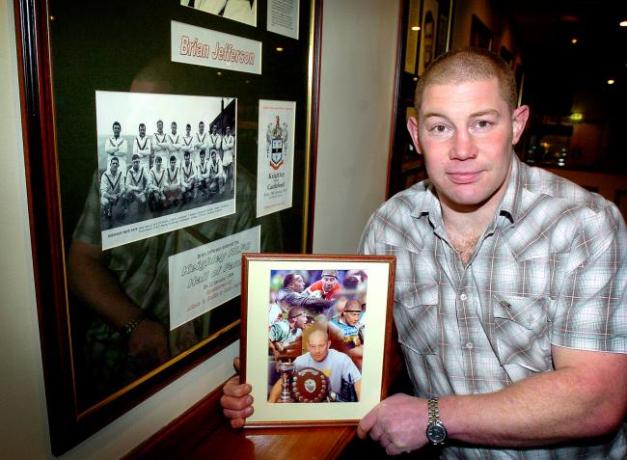 Cougars legend Phil Stephenson, who was diagnosed with motor neurone disease in 2017 has been named as club president by the new owners.  The club’s new general manager is Gary Murgatroyd who takes over from Steve Gill after he quit to join Championship side Featherstone Rovers last month.  Neil Cullen and Simon Harrison have been named as vice presidents, whilst Craig Lingard will remain as head coach.

The club’s new owners have announced they will reduce admission prices at Cougar Park from £15 to £10 with free admission for under 12s. O’Neill also had words of praise for the Cougars squad who have trained for a month on trialist forms whilst the club remained in special measures.

Speaking about the takeover Mick O’Neill said, “I’m really excited, it’s like I have never been away somehow. I want everybody to be happy and enjoy it instead of the nonsense that’s been going on.  I would like to be in charge for 18 months before getting someone younger to take over unless I get carried away and decide to stay longer.

I’m over here for ten days now to try to get things organised but I will look to come back again in March and stay for two or three months. I wanted to come over and thank the clubs supporters who have been brilliant and I also think its my duty having just brought the club.  The players and management team have stayed loyal and they deserve a little bit of credit. We can make the top six this season with a bit of luck, if we compete the world is our oyster.”