Burnley Football Club have today confirmed that Welsh International striker Sam Vokes has left Turf Moor to join Stoke City in a fee plus player deal.  The transfer deadline day move will see the Clarets collect £7.5M and add ons plus Peter Crouch, who will join the Clarets as part of the deal that takes Vokes to the Britannia Stadium.

Vokes, who had a short loan spell with the Clarets before signing permanently in the summer of 2012, Burnley paid Wolverhampton Wanderers £350,000 for the striker who has made 267 appearances, scoring 64 goals for the Clarets in seven years.

As part of the deal, Peter Crouch has signed for Burnley in a deal until the end of the season, the former England International has played for a number of Premier League clubs including Liverpool, Aston Villa, Tottenham, Portsmouth, Southampton and Stoke City.  Crouch’s has made 593 appearances, scoring 145 goals he also has 42 England Caps, scoring 22 goals. 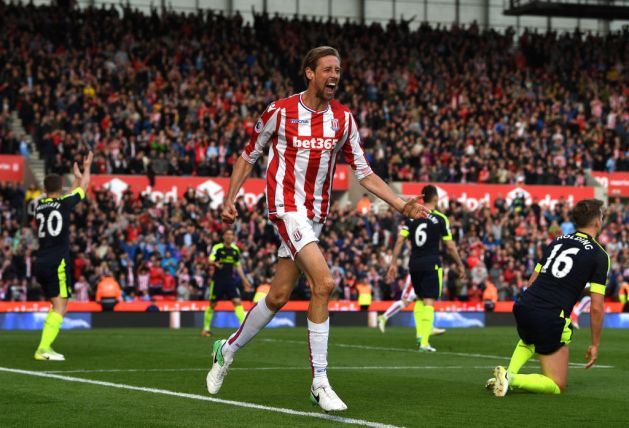 Speaking about the swoop deal manager Sean Dyche said, “Sam felt a new challenge was right for him and the fee quickly got to a level where it worked for both parties. We didn’t do it purely for that but when everything is factored in it made sense for everyone. Peter is a character who will fit in well here with the club and the fans. He still has something to offer and has scored goals everywhere. He’s effective and has done that at every level domestically and internationally. There’s an all-round package in there.”