Willie Morgan was born in Alloa, Scotland on the 2nd October 1944 and joined the Clarets in 1960 as an apprentice. He quickly started to impress on the training ground and signed a professional contract in October 1962 after becoming regular in the reserve team. Then on the 23rd April 1963 he made his football league debut at Hillsborough in a 1-0 victory.

Morgan established himself as one of the best wingers in the football league with his great close control he could beat defenders almost at will and he was a superb crosser of the ball. He was quickly called into the Scotland squad due to his form at Turf Moor and he became only the third Burnley player to be capped by Scotland after Jock Aird and Adam Blacklaw.

Manchester United manager Sir Matt Busby paid a record transfer fee of £117,000 to take Willie Morgan to Old Trafford in the summer of 1968. His debut came on the right wing in a team that included Brian Kidd, Denis Law, Bobby Charlton and George Best.  A fantastic line up but remember a couple of years earlier he had been in a Clarets team that included Andy Lochhead, Willie Irvine, Gordon Harris and Ralph Coates, who were equally as good.

Unfortunately, after a couple of seasons the club started to decline and despite Morgan’s excellent performances which made him a favourite with the fans the club was relegated to the second division in 1974.  The club bounced back to the first division as Champions the following season, but in the summer of 1975 Willie Morgan returned to Turf Moor after a highly publicised issue with manager Tommy Docherty.

His return to Turf Moor lasted for just one season, once Jimmy Adamson was sacked in January 1976 he became one of the players left out in the cold by new manager Joe Brown and he joined Bolton Wanderers on a free transfer. Adamson’s last game in charge proved to be Morgan’s last appearance in the famous Claret & Blue shirt.

Morgan had four superb years with Bolton during which time they won promotion to the first division under manager Ian Greaves.  He played for Bolton during the season and in the close season he continued in North America with Chicago Sting, Minnesota Kicks and Vancouver Whitecaps. Released by Bolton Wanderers in 1980 he had two more season of league football with Blackpool before retiring from the game.

What is your best football highlight?

Qualifying for the 1974 World Cup Finals in with Scotland was the highlight of my career, Willie Ormond had just been appointed Scotland manager and we lost 5-0 to England in his first game.  However in the World Cup qualifiers we went on to beat Czechoslovakia at home and Denmark home and away to qualify. The tournament was in West Germany and it was a great experience, but despite being unbeaten we were knocked out in the group stages on goal difference after beating Zaire and drawing with Brazil and Yugoslavia.

Could you tell us about your Football League Debut?

My football league debut was in division one against Sheffield Wednesday at Hillsborough on the 23rd April 1963.  We went on to win the game 1-0 with an own goal that was scored by Sheffield Wednesday full-back Wilf Smith.  I remember John Connolly was out injured and I took his place in the starting line-up coming up against the fearsome club captain Don Megson who played left-back for the Owls. 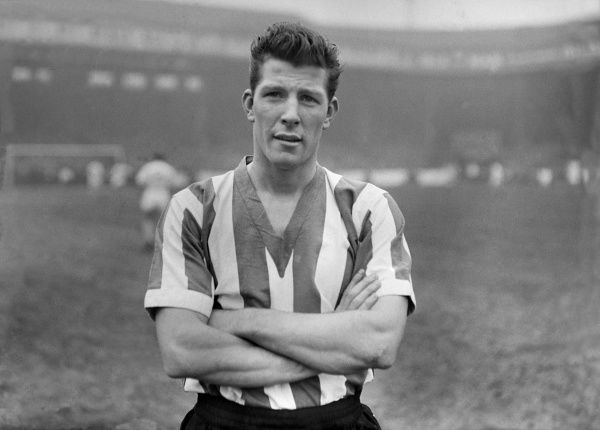 Best Goal you scored and why?

I would say the best goal I scored was against my former club Burnley in the fourth round of the 1974 League Cup at Old Trafford.  I came on as a substitute for Brian Greenhoff and scored an absolutely sublime chip on forty-nine minutes. The goal is still classed as one of top fifty goals by Manchester United, because we knocked Burnley out of the cup despite them being a first division team a league above us.

Best Player you played with and why?

There are a number of names that I have played alongside including George Best, Denis Law, Brian Kidd, Bobby Charlton, Andy Lockhead, Ralph Coates all of whom were great players, but for me the best player I played with was Brain O’Neil whilst at Burnley.  He was a tough tackling right half-back with an excellent shot and he alway used to provide the ball to my feet so that I could get a cross into the box or have a shot at goal.

Best Player you played against and why?

Pele was the best of the best the most complete player ever seen, two great feet and magic in the air.  Quick as well as powerful he would beat people with skill or he would outrun them, only 5 feet 8 inches tall yet he seemed a giant of an athlete with perfect balance and amazing vision.  A true legend and a real gentleman of the game. 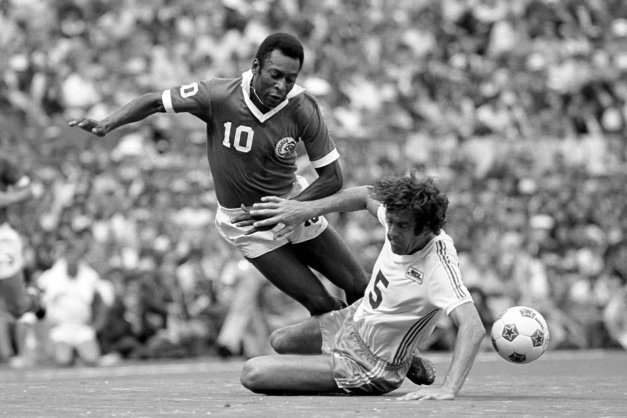 Best manager you played for and why?

Sir Matt Busby was the best manager I have played for he had a special aura about him, I noticed it from the first time I met him to the very last time I saw him. He was from good Scottish mining stock like myself and I knew we would get along immediately.  He was a real gentleman who also had time for his players and would really look after you. Quite simply Sir Matt Busby was the best ever.

What was it like to represent your country in the 1974 World Cup Finals?

Fantastic, it’s every players dream to represent their country at International level but to attend a World Cup is very special. We had a some excellent players at the time such as Kenny Daglish, Billy Bremner, Gordan McQueen, Tommy Hutchinson, Joe Jordan and the lads from the Manchester clubs Denis Law, Willie Donachie, Jim Holton & Martin Buchan.

The Manchester United 7 shirt has been worn by some great names could you tell us what it was like to wear that shirt in front of the Old Trafford crowd?

The famous number 7 shirt at Old Trafford has been worn by some world-class players over the years including George Best, Bryan Robson, Eric Cantona, David Beckham and Cristiano Ronaldo. But for me wearing the number 7 shirt was simply the best feeling ever especially in front of the Stretford End at Old Trafford it was truly magical.

What was it like to be described as The Best Right Winger in the World?

As an eighteen years old I had no fear, before the home games at Turf Moor I would say in the dress room things like I’ll do a pirouette or I’ll do this during the game and it was just basically showing off.  I really believed as a teenager that I could go on and become one of the best in the world.  Then in 1972 my dream came true as I was voted the “Best Winger in the World” which was truly a great honour.

What was it like playing soccer in the USA and how did it differ from the UK?

The North American Soccer League was fabulous and I loved all the razzmatazz and it was great fun in the states, plus I played against some excellent talent like Pele, Eusebio, Johan Cruyff, George Best, Franz Beckenbauer it was the who’s who of world football. There was also a lot less pressure playing in the american leagues than back home in the UK.