Brian Miller – A One Club Man

Brian Miller was born in Hapton on the 19th January 1937 a local lad who was involved with the Clarets for over fifty years as a player, coach, manager and finally as chief scout before retiring from the game in 1996, just before his sixtieth birthday.  He continued to support the club after his retirement until he sadly passed away at the age of seventy.

Miller was spotted by a club director playing in a Schoolboy Cup Final in Blackburn and was immediately recruited to the office staff at Turf Moor in 1952. Just two years later he signed his first professional contract with the club and he made his first team debut as a replacement for the injured Les Shannon on the 1st February 1956 in the second match of an FA Cup marathon against Chelsea.

Over the next three seasons he began to establish himself in the first team either at left half or centre half, making sixty-one league appearances for the Clarets by the end of the 1958 season. Towards the end of the 1960/61 season he reached the pinnacle of his career with a full England cap against Austria in Vienna. His full cap was added to the three Under 23 caps and two appearances for the Football League.  He may have missed out on a longer international career but he was irremovable in the Burnley side during the 1960s. 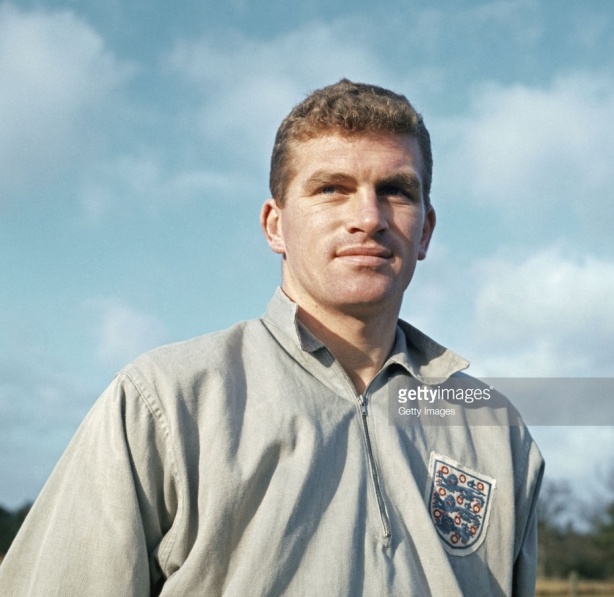 The Clarets where a real force in english football for the first five years of the 1960’s and Brian Miller played his part at the centre of the Clarets defence.  The club went on to win the Football League Championship, Charity Shield (1960), FA Cup Runners-Up (1962) as well as representing the country in Europe (1961 & 1967).  Miller was an ever-present and captain of the Burnley team in some of the games was the only player to play in all twelve of our European games in those two seasons.

Despite turning thirty there was no sign of him relinquishing his place in the side and he was probably playing as well as ever and it seamed that he would be an automatic choice for some time to come. But just four days after that Fairs Cup defeat the club travelled to Villa Park for a football league match.  Miller was forced off the pitch with an injury just before half-time and it proved to be a career ending injury and he had retire with an anterior cruciate ligament injury.

After making 455 appearances, scoring 28 goals for the club, Miller immediately joined the staff as reserve team coach/trainer and eventually moved up to the first team when George Bray retired. He held that posts for over twelve years until he became the last appointment of Chairman Bob Lord in October 1979, with the club sliding down the table.

Burnley were relegated at the end of the 1979 season and dropped into the third tier of English football for the first time in the clubs history. But after two seasons, Brian Miller lead the Clarets back to the second division as champions of the third division. However just six months later in January (1983) he was dismissed with the club sitting just above the relegation zone but still in both cup competitions. The evening of Miller’s sacking the Club played Tottenham at White Hart Lane in the Milk Cup Quarter-Final, 1-0 down with fifteen minutes left the Clarets came back to win the match 4-1.

During his first spell as manager he’d given a debut to his son David, amazingly coming on as a substitute in a 4-1 win against Sheffield Wednesday and replacing Derek Scott who by then had become his son-in-law after marrying daughter Gillian Miller.  In retirement he would watch his two grandsons, Chris and Paul Scott, reach the Clarets first team although neither managed to establish themselves in the side.

After the John Bond and John Benson era the club found itself in the four division for the first time in the clubs history.  Martin Buchan and Tommy Cavanagh had one season at the helm, but with money running out and attendances dropping the club once again turned to Brian Miller in its darkest hour.  The 1986-87 season saw the Football League introduce relegation from the fourth division to the non-league on the final day of the season, with the Clarets bottom of the league they needed to beat Orient to stay in the Football League.

As one of the founder members of the Football League the media spent the whole week camped outside Turf Moor and the training ground to get interviews with the players and supporters about their views on the clubs position and to ask if the club would survive should it be relegated.  I order to protect the players so that they did not feel the pressure manager Brian Miller took everything on his own shoulders, he stood in front of the media companies day after day answer questions about the club and promoting the town.  On the day he steered the club to a 2-1 victory against Orient and to Football League safety. 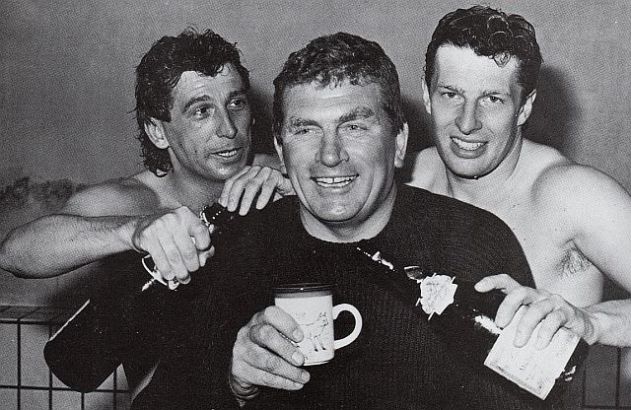 Miller made a number of changes over the summer bringing in Chris Pearce, Steve Davis, Steve Gardner, Paul Comstive, Peter Zelem, George Oghani and Steve Taylor.  The Clarets also loan David Reeves from Bolton Wanderers in the fire three months of the season. It’s fair to say that Brian Miller turned the club around as the club finished tenth in the league that season and also reached Wembley in the Sherpa Van Trophy Final.

At the end of that season having saved the club and started the rebuild, Brian Miller resigned as manager of the club and was once again succeeded by Frank Casper. He did stay employed by the club as chief scout until he finally left the club in 1996.  Sadly ten years later he passed away in Burnley General Hospital after a short illness.

Not many locally born footballers go on to play for their hometown club and win the football league championship, whilst also playing in the European Cup and the FA Cup Final.  It’s a fantastic football story of a one club man who did his hometown proud and for me he will always be a true “Clarets Legend.”