Burnley Football Club defender Stephen Ward has this morning announced his retirement from International football with the Republic of Ireland. The Clarets left-back was selected for Mick McCarthy’s first provisional squad earlier this month, however he has not made the final squad for upcoming qualifiers with Gibraltar and Georgia. 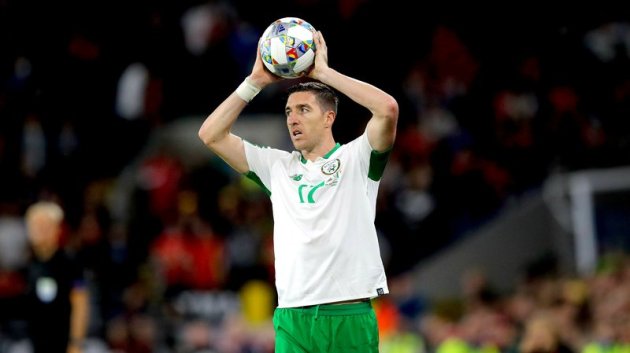 Speaking about his decision to retire Stephen Ward said, “It’s with a heavy heart that I have decided to retire from international football, to represent my country has been a dream come true and the biggest honour you can have in your career. Playing in a couple of major championships has been the highlight and the night we beat Italy at the 2016 Euros will live with me for the rest of my life.

I have been very proud to have played a part in those achievements and I feel this is a good time to move on. There are a lot of good young players and new talent coming through and I wish all of them, Mick McCarthy and the staff all the best for the future.  I’d like to thank everyone managers, players, backroom staff that I have worked with and the supporters and say it was a pleasure to work with each and every one of them.”

The Republic of Ireland manager Mick McCarthy added, “I signed Stephen Ward first from Bohemians and worked with him at Wolves, and I’m kind of sad that I don’t get to work with him with Ireland but he’s made his decision and I can understand it.  He has had 50 caps and he can retire being proud of that achievement. I’m really proud to have worked with him because he was a really good player for me and for Ireland.

Even though we bought Wardy as a striker, I remember the day that I put him at left-back, at Charlton Athletic, and he was outstanding, and I kept picking him there after that. He’s had a really good career there and I’m sad to see him go but he wanted to be fair to me, fair to the other players, and fair to himself.”