Ashton United arrived at Nethermoor Park last weekend for a massive relegation battle against Guiseley in the Vanarama National League North, a victory for the Lions would see them move seven points clear of their opponents who currently sit in the relegation zone. 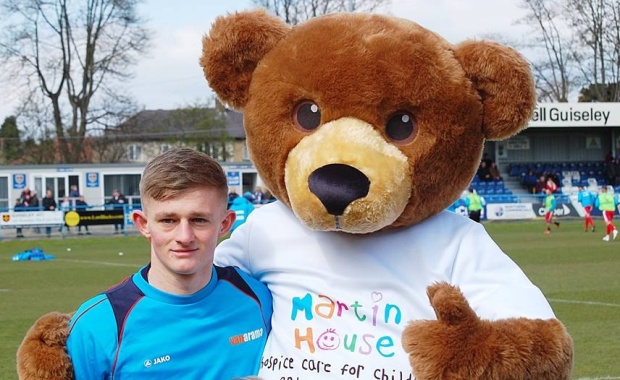 Guiseley started well and had the first real efforts of the game on seven minutes following an excellent cross by George Cantrill, which was found Kayode Odejayi in the area but his header is just wide of the visitors goal.

Kaine Felix was the next to test the visitors goalkeeper McMahon as the home side looked to get an advantage in this relegation battle, however his cross come shot went just over the visitors crossbar after twelve minutes. 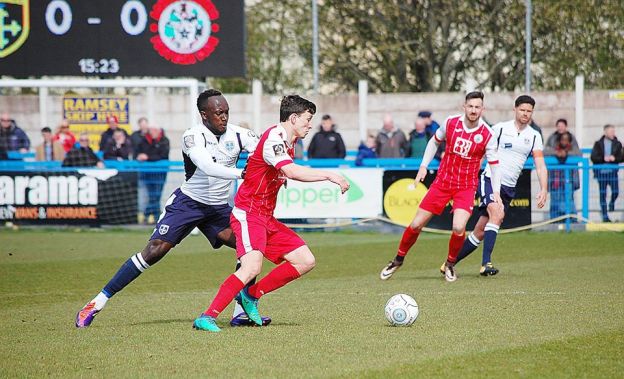 On sixteen minutes, the home side won a free-kick in a dangerous position after Odejayi was pushed to the floor. Will Hatfield stepped up to take the kick, but he floated the ball of the wall and the crossbar. The visitors then had a half chance when Chalmers chested the ball down before hitting a volley just wide of Marcus Dewhurst right-hand post it wide.

The next real effort fell to the home side as George Cantrill sent a left foot shot across the area and wide of the far post without troubling McMahon in the visitors goal.  The rest of the first-half was very tense as both side didn’t want to lose the game, which lead to some missed placed passes and the first-half finished 0-0. 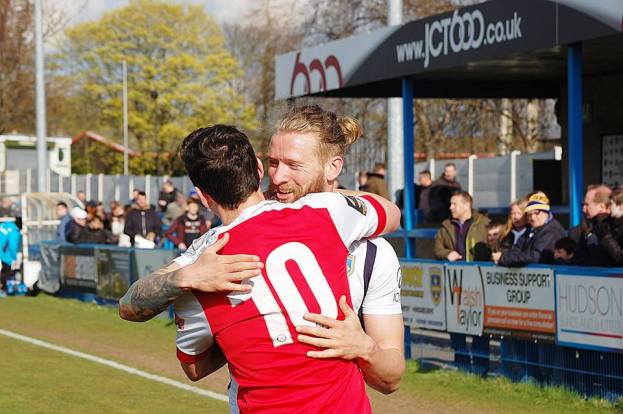 The second-half started much the same as the first with end to end action but no end result, as the players became more and more tense mistakes and fouls started to come into the game.

On fifty-five minutes, the home side had a big appeal for handball but the referee waved away the appeal and awarded a corner which is taken by George Cantrill, but it comes to nothing.

The Lions took the lead on seventy-seven minutes following an Alex Purver shot which struck the hand of a defender, the referee pointed straight to the spot and awarded the home side a penalty.  Kingsley James stepped up and sent the goalkeeper the wrong way to give the Lions a 1-0 lead.

On eighty minutes, following a foul on Oliver Crowley the visitors went close to drawing level with a very dangerous set piece. Sam Sheridan took the free kick from just outside the area, which went just over Marcus Dewhurst’s crossbar. 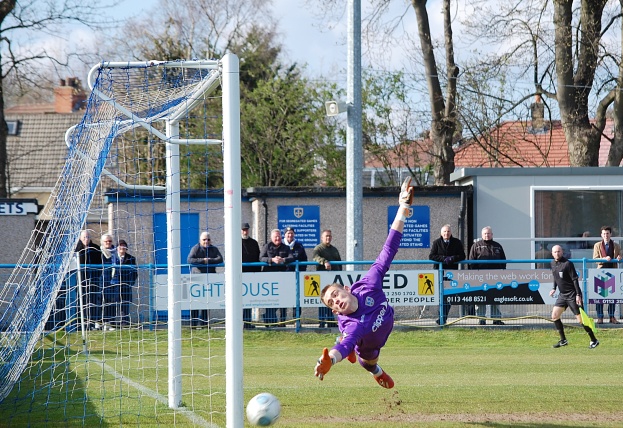 Just four minutes after falling behind the visitors drew level with an excellent free-kick from Sam Sheridan which went straight into the bottom left-hand corner of the goal beating Marcus Dewhurst who was at full stretch. 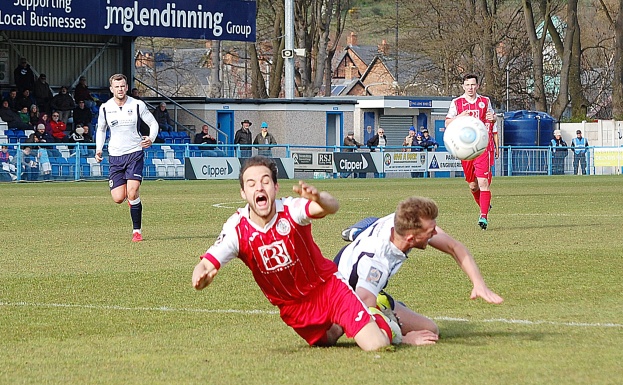 On eighty-eight minutes, referee Andy Sykes had a massive decision to make following what looked like a clear foul inside the area by defender Josh Langley on Liam Tomsett. However despite the claims for the robins players, management and supporters referee Sykes said no penalty as Jamie Reed fired the loose ball over Dewhurst’s crossbar for a goal kick, leaving the final score 1-1.

Speaking after the match joint manager Russ O’Neill said,  It’s so frustrating, we had a lot of possession but didn’t create enough chances. When we got in front like we did you have to manage the game and we failed to do that today. However we are four points clear of Ashton United with three games to go over the Easter period which is alway a key period in a season no matter where you are in the league table. 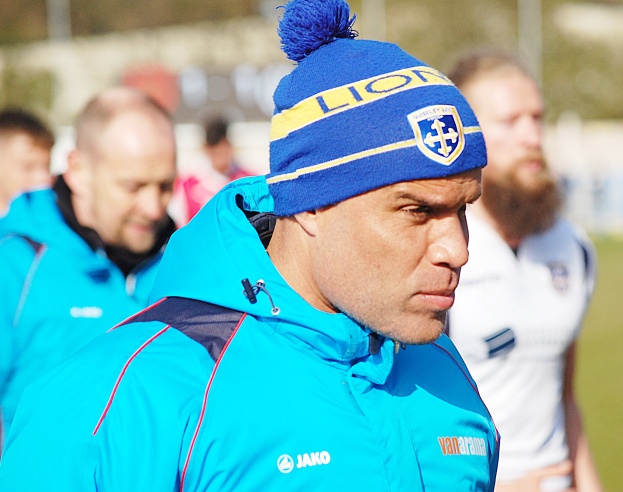 The stuff we have had to manage off the pitch this season in terms of the finance has been unbelievable, it’s been a nightmare of the pitch, but we have come to the end period now and the club is on a good financial footing for next season. We made it through to 6 games from the end but then we had to sell our leading scorer Rowan Liburd to Hereford United.