Read Cricket Club made the short trip over the border from Lancashire yesterday to take on inform Settle Cricket Club at Marshfield in the Ribblesdale League.  The visitors won the toss and elected to bat with the weather conditions slightly overcast. Tom Strickland returned to captain the home side after missing last weekends victory over Ribblesdale.

Joel Duerden and William Wrathall were first to the crease for the visitors, but they didn’t manage to build a partnership as Wrathall was dismissed by Owen West for a duck after just four deliveries.  Read captain Matthew Walker was next to bat, but yet again he was only at the crease for a short period of time as Owen West bowled him for just eight runs.

Owen West then rounded off an excellent afternoon with the ball by dismissing the Read professional Luke Jongwe for a duck, as the batsman looked for the big shot over the top he was caught by Will Davidson at backward point to leave the young bowler with figures of six overs, one maiden, three wickets for twenty-nine runs.

The visitors were at nineteen for three, when Thomas Turner came into bat along side the opening batsman Joel Duerden and together they created a decent partnership taking the visitors to seventy-three runs before Turner was bowled by Will Davidson for thirty-six.

After facing sixty balls in the middle, Joel Duerden was next to be dismissed when Ryan Sumner stumped him for fifteen runs off the bowling of Will Davidson. Sumner who has been outstanding behind the wickets this season, waited for the right moment to flick the bails off the wickets just as Duerden raised his foot to regain his balance. 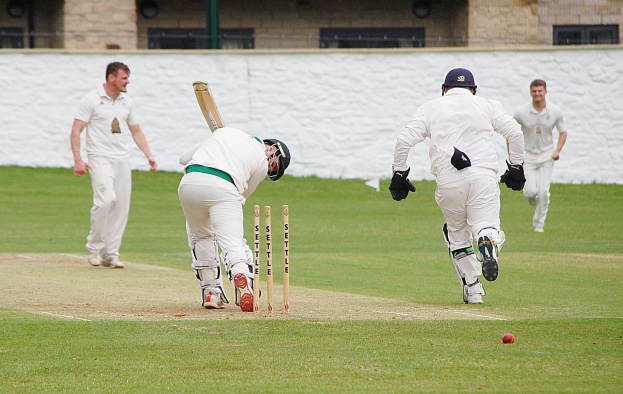 Jack Wood and Joshua Lavin again built up a partnership at the crease for the visitors facing a further seventy-three balls between them, but in truth they added very little to the score making just twenty-four runs (Wood 8 and Lavin 16) as the visitors lost the final four wickets for seventeen runs, to finish 126 all out. 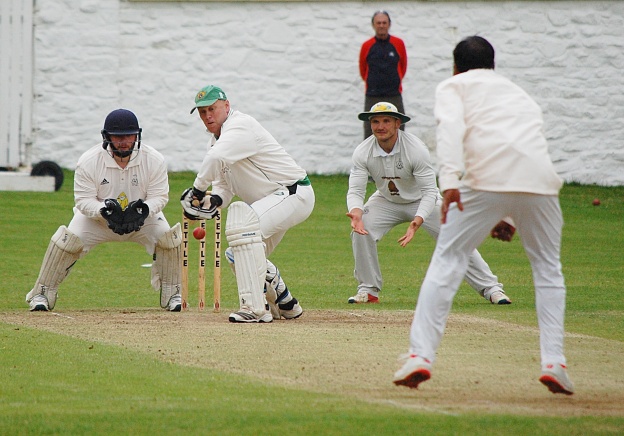 The start of the innings didn’t go to plan for Settle Cricket Club as Danyl Husbands was out for a duck, LBW off the bowling of Luke Powell.  This brought the club professional Ashen Silva to the crease along side Will Davidson and together they added a further twenty-three runs before Davidson was dismissed for eleven.

Davidson, should count himself very unlucky to have been dismissed after fending off the new ball, the opening batsman had just started to make some excellent shots around the ground.  However, after watched the ball onto the middle of the bat and with the ball on its way to the boundary, Matthew Walker took an unbelievable catch to send a disappointed Davidson back to the pavilion.

Ashen Silva and Tom Davidson made an unbeaten 42 and 64 respectively as the home side went on to win the match by eight wickets and remain unbeaten at the top of the league alongside Salesbury Cricket Club.