Bradford Park Avenue have confirmed former Bradford City midfielder Garry Thompson as the clubs new player manager.  Thompson will take the reigns at Horsfall Stadium for the 2019-20 season in his first managerial position. 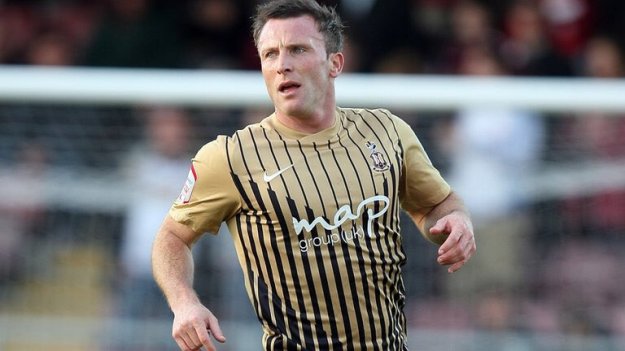 Thompson is no stranger to the City of Bradford and is fondly remembered across town at Bradford City where he reached the 2012 Capital One Cup Final League Cup and won promotion with the Bantams at Wembley Stadium in the League Two play-Off Final.

Successful spells at Morecombe, Scunthorpe, Notts County and Wycombe Wanderers saw Thompson earn over 650 appearances at league level, finishing with his home club of Morecombe last December. The attacker midfielder will bring experience, excitement and quality alongside exciting prospects Lewis Knight and Alex Hurst who with last season’s Player of the Year Conor Branson, will form the core of Thompsons new squad.

Thompson’s appointment comes after Bradford (Park Avenue) announced a new major partnership with the University of Bradford last week in an exciting period of new impetus for the historic club.

Speaking about becoming the new manager Garry Thompson said, “I’m incredibly excited and can’t wait to get started. I’ve been working on coaching and looking towards my career after I finish playing. This is such a great opportunity at a fantastic club. I was attracted to the values and positivity of the Directors and we agree on what a strong club requires in terms of attitude and culture.

It’s fantastic to come back to the City of Bradford, I’ve such great memories of my time at Valley Parade. Bradford Park Avenue have been doing some really hard work and the contacts and support they have made available to us is impressive. I’ll be using every resource they’ve made available to me to achieve the best for the club.”