Bradford City Football Club can confirm that Derby County have recalled Mason Bennett from his loan period at the Coral Windows Stadium.  Mason was due to remain at the club until the end of the year, but he’s now returned to the iPro Stadium with immediate effect. 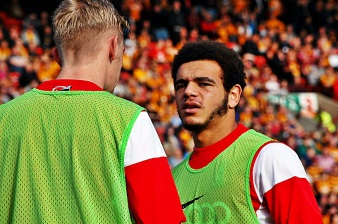 The striker made 13 appearances for Phil Parkinson’s men after signing on loan from the Rams back in August.  Bennett’s only goal for Bradford City came during a 3-1 win away at Crawley Town in August.