As Sean Dyche leads the Clarets towards a twenty game unbeaten run and a return to the Premier League, the club’s incredible rise has boosted their reputation within the game.

The Sunday Times understands that the Clarets are looking to sign one of Europe’s hottest properties.  It’s believed the club are making great strides in their attempt to sign Rennes Football Club teenage star Ousmane Dembele. 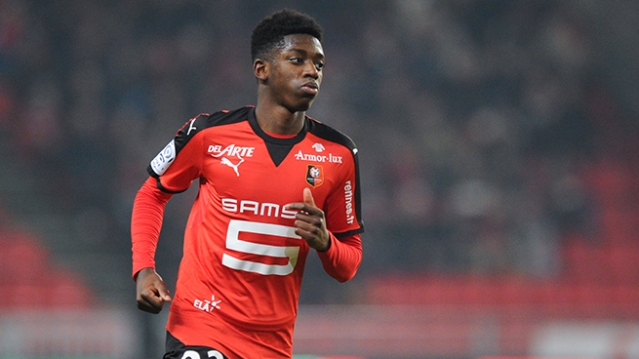 The talented youngster has been linked with a whole host of Europe’s elite football clubs and the 18-year-old has already managed to score an impressive 12 goals in 20 games for the Ligue 1 club.

The French club are reportedly looking for £16 million pound for the teenager’s signature, a figure that will easily be met by the Burnley.  The French national team manager Didier Deschamps has already talked of calling him up to the senior national team, according to French publication L’Equipe.

Former Manchester United and France defender Mikael Silvestre has suggested that Dembele is a future world player of the year, which would be a fantastic coup for Burnley.