Burnley manager Sean Dyche is celebrating five years in charge of the Clarets as the Sky Sports camera’s arrived at Turf Moor for the visit of Newcastle United.  The Clarets make two changes from the game at Manchester City with Chris Wood and Scott Arfield being replaced by Ashley Barnes and Johann Gudmundsson, whilst Nahki Wells comes into the squad for the first time after signing from Huddersfield Town. 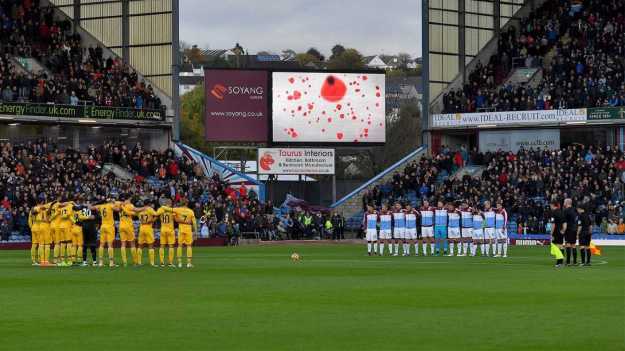 Burnley started the stronger of the two sides and had a couple of chances in the first four minutes of the match, both efforts fell to Jeff Hendrick the first in the opening minute following a James Tarkowski headed pass and the second was a header on four minutes which was blocked.

Jonjo Shelvey had the visitors first shot on goal in the game on seventeenth minutes which was a right footed shot from outside the box to the top left corner of the Clarets goal, but Nick Pope saved and turned away for a corner.

Ashley Barnes was next to test Elliott in the visitors goal, just after the half hour mark he sent a powerful header just wide of  when following a Gudmundsson cross he headed towards goal but his effort went just wide.

On forty-one minutes, Christian Atsu hit a left footed shot from the centre of the box following an assist from Ayoze Pérez, however the shot was well blocked by Burnley captain Ben Mee.

The Clarets finished the half on top as Johann Berg Gudmundsson hit a left footed shot from the right side of the visitors box, which was blocked, to leave the half-time score 0-0. 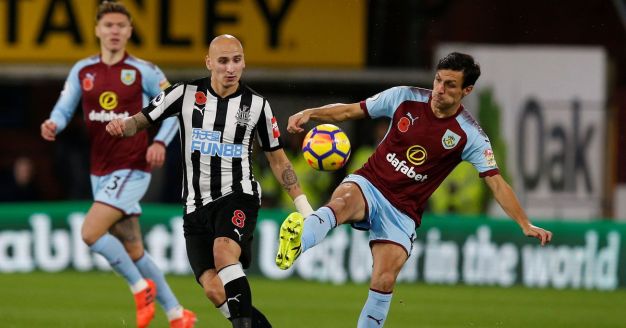 The home side started the second half well, as Steven Defour found Jeff Hendrick clean through on the visitors goal only to see the off-side flag stop an excellent move. Then on fifty minutes, Newcastle could have taken the lead when Ayoze Pérez curled a right foot shot from outside the Clarets area only to see Nick Pope tip it around the post for a corner.

Burnley took the lead on seventy-four minutes, when Jack Cork won the ball back on the edge of the Newcastle area, he then played a one-two with Gudmundsson before hitting a shot from six yards which was well saved by Rob Elliott. The Norwegian collected the ball and crossed to the back post for Jeff Hendrick to tap into an open goal to make it 1-0.

Rafa Benitez made a couple of changes straight after the goal bringing on Jacob Murphy and Dwight Gayle, both players made an impact as Newcastle looked for an equaliser in the final ten minutes. On eight-one minutes, Yedlin cuts in from the right at pace and set up Joselu on the edge of the area but his shot snakes through the legs of Tarkowski and just wide of Pope’s goal.

On eighty-six minutes, the final effort of the game fell to Jonjo Shelvey who hit a low shot from the edge of the Burnley penalty area, which went through a crowd of defenders but it went straight at Nick Pope who saved well.  The Clarets held on in the three minutes injury time to make the final score 1-0 to Burnley.

Speaking after the match manager Sean Dyche said, “I said before I’d be surprised if it wasn’t a tight game, they have a quality manager who knows how to organise a side. It’s respect to our team when sides come here organised and try not to be too expansive.

We tried to mix our play and stay calm on the ball, you still have to probe and find a way of winning a game and we’ve done that tonight. It’s always good to have a plan on a piece of paper and it doesn’t always pan out as you planned it, tonight it did.  They had good chances and we had to counteract that.

It’s a very strong start to the season and people have talked about home form but that was written off tonight. We just keep getting on with it that’s my focus and my team’s focus. Generally we take each game as it cones and we keep that clarity of thought.”