Guiseley AFC are delighted to announce the appointment of a new management team with Russ O’Neill and Marcus Bignot taking the reins at Nethermoor as Joint Managers with Paul Clayton joining the club as Assistant Manager. 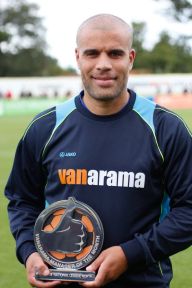 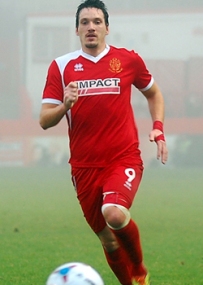 After a turbulent season, the club will be reverting back to a part-time basis to re-group, stabilise and consolidate under new Chairman Gary Douglas, with that in mind the club has hand-picked a management team who have extensive experience of working at this level on limited resources.

Both O’Neill and Bignot have been successful winning the league at this level despite having limited budgets. Completing the management team is Paul Clayton who was a thorn in many a team’s side over the years, his aggressive and enthusiastic will to win attitude on the pitch will no doubt be taken into his first steps of management.

Guiseley’s recently appointed Chairman, Gary Douglas, said: “We have been a long term admirer of the work Russ O’Neill gaining promotion to the Premier Division and to the brink of League football at Alfreton’s peak. The ability of Russ to identify potential and work with them to improve their game and turn them into an integral part of a team will be invaluable to us. The fact that he was at the club for 10 years says everything not only about the great job he did but also about his loyalty and character as an individual.”

Since leaving Alfreton, O’Neill has been working for Burnley Football Club in recruitment and has turned down the opportunity to go back into management on several occasions so we feel fortunate to have him as part of our new management team.

Marcus Bignot’s first managerial appointment came in July 2011 with National League North side Solihull Moors. His five-year tenure at the club was a great success as he built a reputation for developing players, improving playing squads on limited resources as well as identifying and recruiting young talent.

A visionary he also had a desire and passion to build a Community Football Club and not only a football team at Solihull Moors. He demonstrated at Solihull his involvement off the field in contributing to the building of an infrastructure on the football community and business side behind the scenes, a structure preparing for future success.

He continued to maintain a good points tally that would keep Grimsby Town well away from relegation in their first season back in Sky Bet League Two.  However, he and The Mariners parted company at the beginning of April 2017, seven points off the play-offs.

Chester FC appointed Bignot in September 2017 with financial problems announced in January. Tasked with managing the club through undesirable circumstances, reducing the wage budget drastically whilst fighting relegation, meant that key players and staff had to depart and the focus was placed on the cub’s fundraising therefore survival ultimately proved an impossible task. In these tough times he gained admirers within football for the way he managed the situation with integrity and professionalism.

Completing the management team is Paul Clayton the former striker has an aggressive and enthusiastic will to win and that will be a big help to both the managers, players and supporters as the club moves forward.

Chairman Gary Douglas concluded, “We were overwhelmed by the number of candidates applying for the post and we are thankful for all of the interest. We would also like to put on record our thanks to Sean St Ledger, who stepped up from a playing role to manage the team over the past few months.”