Matthew Taylor has this morning confirmed that he will retire at the end of the season, following a glittering playing career that has spanned 20 years. Swindon Town’s versatile left back has recorded more than 700 professional appearances since joining Luton Town has a trainee in the summer of 1998. 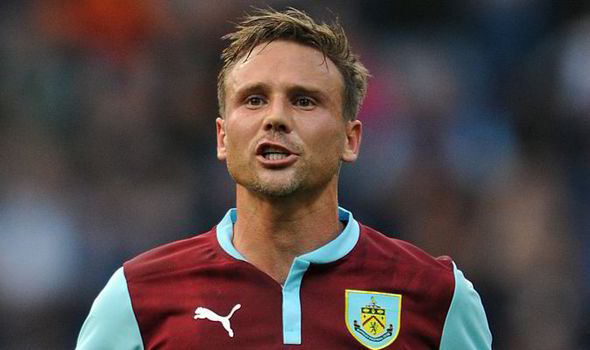 Spells at Portsmouth, Bolton Wanderers, West Ham United, Burnley and Northampton Town followed before the 37-year-old made the final move of his playing career when linking up with Swindon Town in the summer of 2017.

Seven years of study off the pitch has resulted in Taylor earning his UEFA Pro Licence badge in recent months, and he will now look to pass on his knowledge and expertise to the next generation of footballers. It is currently unclear if he will remain a part of the Swindon Town coaching setup.

Speaking about his decision to hang-up his boots Matthew Taylor said, “After 20 years as a professional footballer, the time has come for me to retire at the end of the season. I have loved every minute from leaving school at 16 years of age to pursue my dream and will look back on it all with the fondest of memories.

To make just one appearances as a professional footballer was special, so to go on to play in more than 700 games makes me immensely proud. To all the managers and coaches I have worked with I thank you for the guidance and belief you showed in me. To the fans who have supported and followed my career, I hope I’ve given you some memories that looking back will make you smile.

To my wife and family, I can’t thank you enough for your love and support, as without you none of this would have been possible. We have had one hell of a journey and to have shared it with those I love the most has made it all that sweeter.”