The LNER Class A3 Pacific steam locomotive No. 4472 Flying Scotsman was built in 1923 for the London & North Eastern Railway at Doncaster Works to a design of H.N. Gresley. It was employed on long-distance express train, notably on the 10am London to Edinburgh Flying Scotsman train service.

The locomotive set two world records for steam traction, becoming the first steam locomotive to be officially authenticated at reaching 100 miles per hour (160.9 km/h) on 30 November 1934.  Then setting a record for the longest non-stop run by a steam locomotive, when it ran 422 miles (679 km) on 8 August 1989 while in Australia.

Flying Scotsman has been described as the world’s most famous steam locomotive, but in 2006 its owners the National Railway Museum made the decision to sidetrack the engine and give it a complete overhaul. 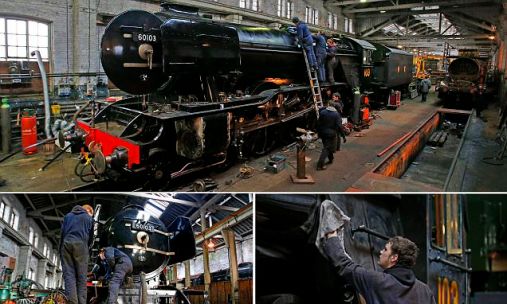 The locomotive was moved in October 2013 to Bury for work to return it to running condition in 2015.  On 29 April 2015, the Flying Scotsman’s boiler left the National Railway Museum to be reunited with the rest of the locomotive at Riley & Sons E (Ltd).

The overhaul was completed in January 2016 and testing began on the East Lancashire Railway on 8 January 2016. An inaugural mainline train from Manchester to Carlisle over the Ribblehead Viaduct on the 23 January 2016, was cancelled due to additional repairs on the brakes. 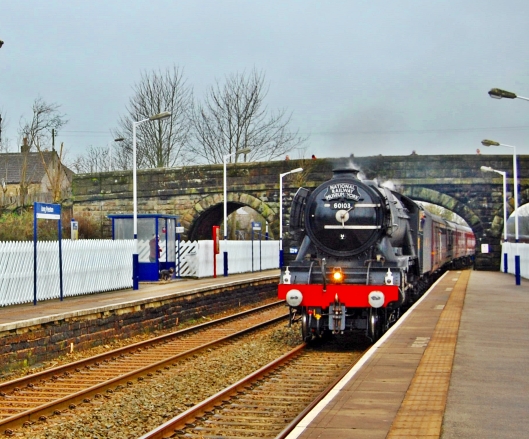 The Flying Scotsman is now due to make it’s inaugural mainline train from Manchester to Carlisle on the 6th February 2016 and the return journey will see the locomotive travel over the Ribblehead Viaduct.

In order to get ready for this journey the Flying Scotsman completed a test run on the 4th February from Carnforth back to Manchester via Settle Junction and Long Preston. 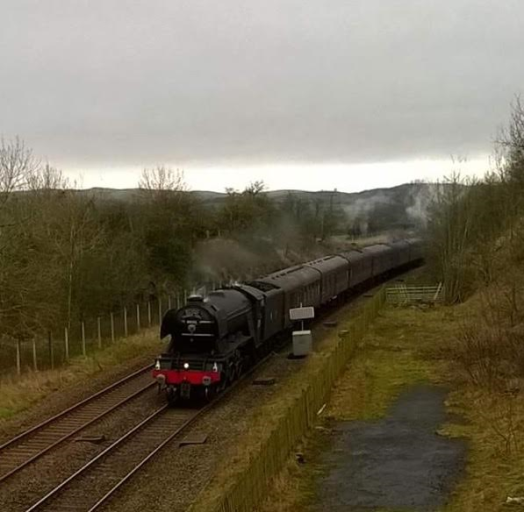 The locomotive has a full 2016 season which will is the Flying Scotsman travel around the country and a number of long distance journey’s starting with a mainline run from King’s Cross London to York, which is is scheduled to run in late February 2016.